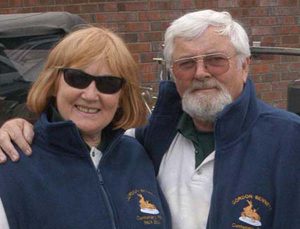 Lingane Media is a partnership operated by Dennis and Lesleyann Lingane.

Between them they have over 100 years (unbelievable and we had to count back on our fingers to check) in various arms of the media.

And they are still  pounding the keyboard now producing books. 2019 will see them celebrating 54 years of marriage.

Their son Mark is the visible proof of this.

Mark also played a role in Lingane Media in the 1980s as a  teenager writing a column reviewing computer games. When he was at university studying for a Science Degree he also wrote an adult computer column for the Sunday Times in Perth, Western Australia.

In his professional life he has carved out a career as a technical writer in the oil and gas industry. But given his enthusiasm for the virtual world it is no surprise to now see he has penned 14 novels with a science fiction/dystopian theme and, given he has a son of his own, four young adult books – The Tesla Evolution – which are now used in literature courses in two USA universities..

Their son Sebastian has also found his way into print, having written a poem when he was nine years old that was selected for publication in a book in the UK. But although now only 17 and in his last year at school he is being dubbed a musical protege by his tutors at the Brisbane Junior Conservatorium. He composes,  conducts, and plays several instruments. This year he was one of the eight composers from 1000 entries for the Artology Fanfare programme and currently is working with the Australian Youth Orchestra who will record his composition and do a national tour of all major concert venues.

Lesleyann’s early years were in TV and radio before moving to newspapers. Dennis has also dabbled in radio and TV as a minor media personality over the years but his main activity has been years as a newspaper reporter and columnist. Having worked in newspapers all his career,  he has ink in his veins.